From 1999: Barbie Slams Billy for being a #StarWars Fanboy and Billy Slams Back


OK, I admit it, I was wrong on this one. I really really really wanted THE PHANTOM MENACE to be good--even after I saw it for the first time.  As I said previously, after the third viewing of TPM, I started to catch on, but...

...I'd already drawn this strip.

I am sad that I didn't listen to the people I thought were just nay-sayers.  Usually, I'm more balanced and listen to people I disagree with just to test their ideas against mine.  But this one time, like Fox Mulder, I just wanted to believe.

I'm still hesitant to get fully behind the new trilogy, but, honestly, if the Disney Star Wars films (cringe) feel at all like they take place in the same story universe as the OT (Original Trilogy), I'll at least try to convince myself to try to enjoy them. 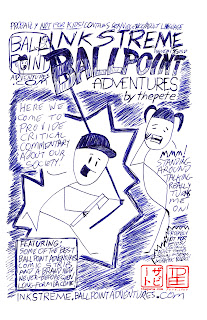